Number of followers is a crap metric.

And yet, as I’ve been watching and learning from folks who do content marketing, PR-focused outreach, social media marketing, and influencer campaigns, I’ve found that more than 90% of the time… that’s *exactly* what people use. They’ll nod their heads and say “yeah, I know it can be gamed,” or “yeah, some people still buy followers,” or “yeah, but what else is out there?”

In fact, oftentimes it’s the case that @everywhereist’s tweets reach more people, get more engagement, and have a much larger number of impressions than a tweet sent from @randfish. If you were, in fact, trying to determine which account you wanted to send a broadly-targeted message from in order to maximize the impact, choosing @randfish, simply because that account has 5.17X as many followers, would be a bad decision.

That frustration led my cofounder, Casey, and I to build a new, free tool: SparkScore 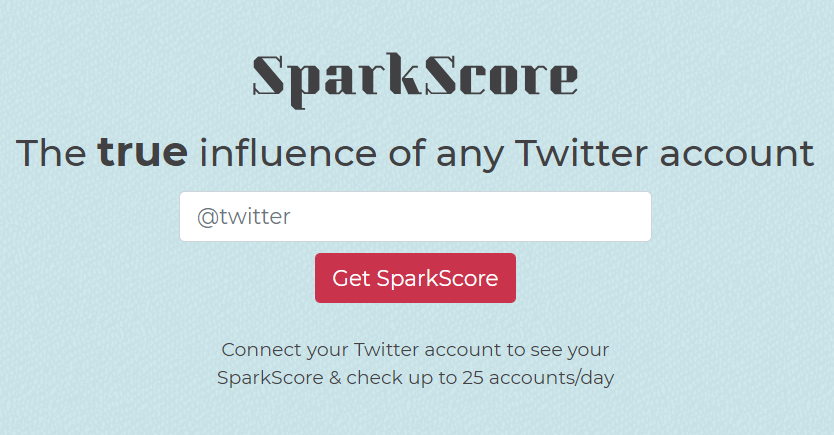 SparkScore is entirely free because our goal with it isn’t to make money directly, but rather to hopefully build some credibility for SparkToro as a company that produces high quality, more transparent, more reliable scoring systems for measuring influence. Longer term, as we build out our paid product (which is still 9-12 months away), we’ll be expanding and improving upon SparkScore, supporting more networks, and (hopefully) becoming a standard that many folks who need to compare the *true* influence of Twitter accounts can use.

Using our previous example of @everywhereist and @randfish, you can see that SparkScore correctly identifies the @everywhereist account as having more reach and influence:

We’ve also tried to make the scoring system as transparent as possible, so you can see how we calculate the scores (for example, we do use follower count as ~1/3rd of the overall score, because we’ve found it does correlate, albeit imperfectly, to total reach+influence): 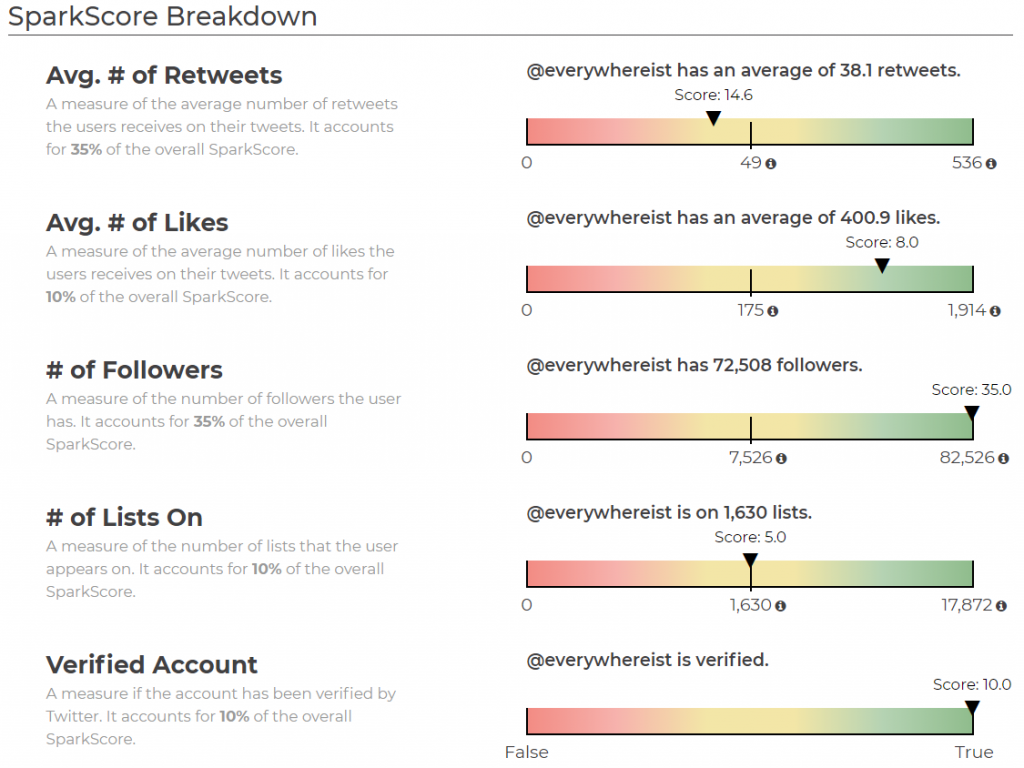 Our final innovation is the one I’m most excited about — Engagement Score. This metric shows how relatively engaging an account’s tweets are, given its followers. No surprise that @everywhereist is incredibly high on this scale; that’s a big part of what makes that account’s SparkScore bigger than @randfish. And it shows that we’ve found a way to help address the catalyzing issue for the tool’s creation.

The tool isn’t perfect — this is a first version. But it’s already giving us useful results, and we hope it can be useful for you, too. Give it a spin, let us know what you think, and stay tuned for improvements. Oh, and if you find it truly valuable, it would mean a lot to us if you shared it with your Twitter friends 🙂