If things go well at your startup, there will inevitably be a point where the business is growing ahead of the team’s abilities. Engineers will find themselves facing architectural, scaling, and complexity issues they’ve never dealt with before. Marketers will discover their historical strengths dwarfed by the quantity and complexity of different customer acquisition channels and the huge challenges of attribution modeling, predictive investments, and trying to get more done on a larger team. Product folks, operations team members, customer service reps, salespeople, etc. will all face the same thing. 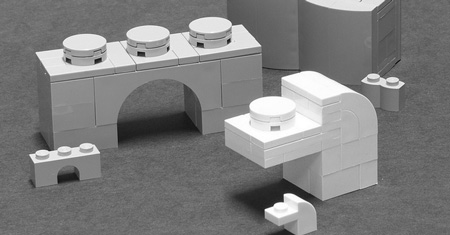 But, it’s managers who will have the roughest time with topgrading for two reasons. One – they need to navigate the very tricky waters of bringing new talent on board while maintaining the delicate balance of team dynamics. Two – when their own skills aren’t up to the challenges (as mine frequently haven’t been), it’s even harder to find ways to bring in folks with the right skills/experience without hurting culture and/or morale than with individual contributors.

Topgrading has an ugly sound to it.  The natural jump for many is to think “my manager/CEO doesn’t think I’m up to the task, so they have to bring in someone else to do my job.” For that manager/CEO, the thought process hopefully looks more like “Fred’s doing a great job at X and Y, but Z isn’t a strength and we need to do Z. We’re going to have to recruit some help.” This conflict sucks, but it can be avoided with good process and a ton of empathy to how all those affected might feel.

I’ve seen it argued that when a startup team’s abilities aren’t up to the challenges ahead, the right course is to upgrade those skills, not add new, more seasoned members to the startup. This can work, and in some cases it does. But in my experience, it’s a solution only about half the time – the other half, it has to, at least, be combined with bringing in external talent to help.

To be clear, when I say “topgrading,” I don’t just mean bringing in new, more experienced talent who will be in a higher position than existing team members. In fact, as I’ll talk about below, I strongly prefer adding peers who’ve “been there/done that” and are being added to because we don’t want to experience all the pain of doing something the first time without guidance. Sometimes, though, topgrading does mean bringing in that “top tier” style talent that your startup couldn’t afford until now.

Over the course of SEOmoz, we’ve had to do this numerous times on various teams and for different roles. The process usually goes something like this:

This process works best when the team member(s) themselves institutes the process. For example, our former CTO Jeff Pollard came to me in 2008 and said he didn’t believe his abilities were up to leading the engineering group given the challenges we faced. That action impressed me tremendously and I’ve brought it up with high praise for Jeff ever since. He’s an amazing guy who made a hard choice to step down from his role and bring in outside help. It was a tough period, but an outstanding illustration of how this process can go well.

The topgrading exercise is much harder when the team member(s) don’t see and feel the need, and in fact, I’d argue that if they don’t, there should be more conversations and trials of the existing group (perhaps in innovative ways). The very last thing a manager should do is to force a new person into a hostile environment that won’t embrace them. It’s a recipe for disaster.

At the most recent SEOmoz allhands meeting, I noted that topgrading would become a priority for us over the next 6 months. It’s already beginning with a number of new folks on engineering, product, marketing and in some strategic areas as well (e.g. Peter Bray from Followerwonk leading some social product strategy on Adam’s team). As this process roles out, I’m sure we’ll have some tough, emotional meetings. A few things will make those go easier I hope:

Topgrading isn’t always the right thing to do, but resistance to it based on ego/emotion is certainly worse. I just hope that as we grow, we continue to remember the lessons of our past and embrace empathy and humility above all. If we do that, I think we’re going to build a team that will make all of us better.

p.s. Joe Kraus has a great post on Techcrunch this morning about topgrading the CEO role specifically.