Making money is an excellent side-effect of successful businesses. But, it’s a terrible core purpose.

Last week, Fred Wilson wrote one of my favorite posts in a while on Short-Term Thinking vs. Long-Term Thinking. Here’s an excerpt:

…Sure Samsung is making a killing on handset sales right now. So is Apple. That goes to their bottom line and then onto their balance sheet. And apparently Google isn’t making any money in mobile. Today.

But when I think about who is developing the strongest franchise in mobile, it is obviously Google. They have gmail on so many phones. They have google maps on so many phones. They are getting the majority of searches on mobile phones. And that doesn’t even begin to address Android itself. It is the dominant mobile operating system around the world. Just think about all the data they are getting from this enormous mobile footprint they have assembled…

…my feeling is that Google is playing the long game in mobile while Apple is missing the cloud piece and Samsung is just a hardware player at this point. And the stock market understands that.

Then Fred showed a chart comparing the delta in Apple vs. Google’s stock price over the last year:

Apple as a whole may be worth more, but Google’s trendline, particularly the past 6 months, is far more favorable. Fred’s assertion is that this stems from investors’ sophisticated understanding that Google controls so much of the data, software, and ecosystem around computing. Google’s mission isn’t to make as much money as possible, certainly not in the short term anyway. Google is aiming for total domination of their (ever-expanding) areas of focus. Revenue and profits are merely a helpful side-effect of these efforts.

Later in the week, courtesy of Dan Ariely, I watched this video about Hancock Bank’s remarkable $1.4Billion growth following Hurricane Katrina (it’s worth watching all the way through, but if you don’t have 6 full minutes, start at the 3:44 mark). 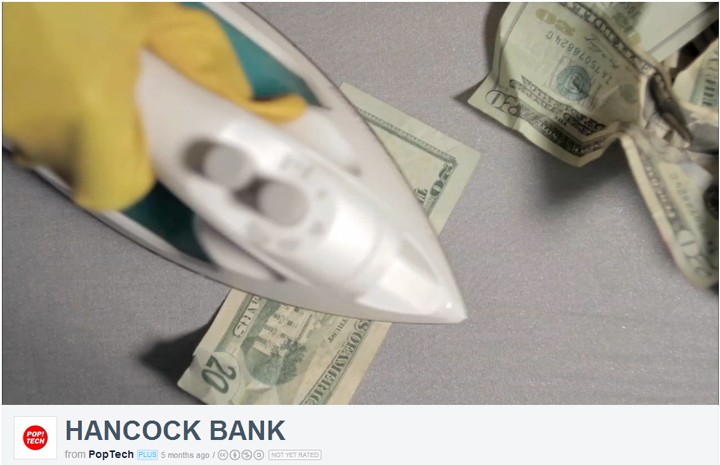 Unfortunately, the video doesn’t enable embedding, so you’ll have to watch it on Vimeo.

I don’t mean to suggest that those who relentlessly pursue wealth at the cost of all else don’t occassionally succeed. But I would argue that most businesses that have changed the world in the technology age have been pursuing a mission beyond the financial.

I sent this email around to the Moz team last week:

Dharmesh made something pretty special with that culture deck. I think it does a beautiful job of encapsulating the feeling that many folks working on a mission outside of the financial have.