It’s been 22 months since I stepped down as the CEO of Moz and turned over the role to my longtime Chief Operating Officer and close friend, Sarah Bird. Since then I’ve recovered from depression, traveled to and keynoted dozens of events, started (and now nearly completed) a new product with a small team at Moz, and kept up my usual tasks – Whiteboard Friday, blogging, SEO experiments, chairing Moz’s board of directors, evangelizing TAGFEE, feminism, and diversity, and being the best husband I can to Geraldine. 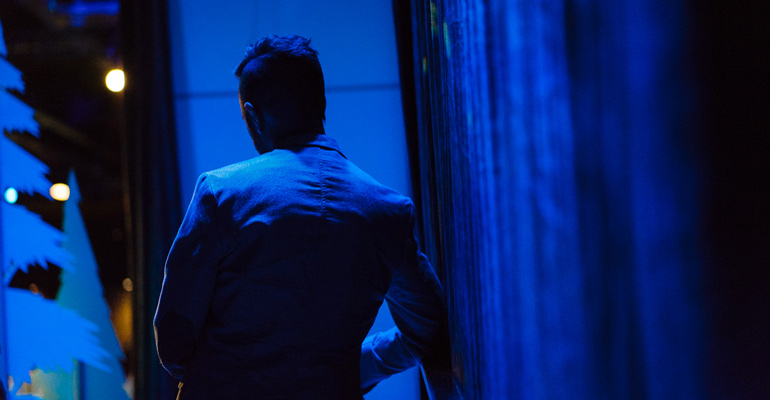 When I stepped down, I changed my title to “Individual Contributor,” an homage to the dual-track system we established at Moz that I so strongly believe in. I only have a single direct report these days, Nicci, my amazing executive admin. The rest of my contributions are as an advisor, evangelist, content creator, board member, and product designer for our Big Data and Research Tools teams (not the UX/UI kind, but the strategic “this is what we’re gonna build and why” kind).

In many ways, it’s a dream job. I’m well paid. I have great benefits. I’m challenged. I work with people I like on projects about which I’m passionate, and most importantly, I get to help people do better marketing…. But it is an immense shift from being CEO. That’s what I want to write about and share today – the difference.

There are two sides to my relationship with the CEO role, and I think I can best sum it up in an oft-repeated exchange I’ve had the last year:

Them: “So, how do you like not being CEO anymore?”
Me: “A lot of it is great – less pressure, fewer meetings, less dealing with people problems, and more doing the work I love.”
Them: “If you had it to do over, would you step down again?”
Me: “I don’t think so. It’s something I regret.”
Them: “Wait… But you just said…”
Me: “I know. It’s complicated.”

There are a great number of things I love about not being CEO. Almost all of it fits under the auspices of freedom. I’m (mostly) free to do the things I believe I’m best at, and to let other folks handle things at which I struggle and don’t have passion for. I’m also deeply thankful to Sarah, who I think has done a great job through an extremely difficult time leading the company and getting us back to growth after my missteps in 2013.

Sarah at Mozcon Ignite (on stage at Benaroya Hall) in Seattle, July 2015

On the flipside, there are four big reasons I feel regret and frustration over the change in my role:

That said, I think these last (almost) 2 years have been an incredible opportunity for me to learn what it’s like to be an employee and to live on the other side of the management/individual contributor ecosystem.

Most folks assume that despite no longer being CEO, my position on Moz’s board of directors, on our executive team, and as a founder mean that I still have a tremendous amount of influence over Moz’s day-to-day and high-level strategic decisions. But, by and large, that’s not accurate. My influence on most things Moz, with a few exceptions, is limited to being a single voice in a crowd of many.

One of the most impressive things about Sarah taking on the CEO title was her total embracing of the role’s duties and abilities. She quickly shifted how we planned projects, how we prioritized products and quarterly cycles, how we determined who would work on what, how we measured progress and engagement, and Moz’s organizational structure. She shifted who reported to her (and how). She formalized many informal processes and moved fast to make Moz emulate some of the larger companies in Foundry Group’s portfolio like ReturnPath and Rally (after building relationships with those CEOs and teams). And, she changed a lot of how Moz’s power structure worked – from a centralized source when I was CEO (basically, a 5-6 person executive team that made/approved a majority of the company’s high-level decisions) to a much more distributed, cascading set of responsibilities by product and department.

I was skeptical about a good portion of these changes. And, while I worked to keep my disagreement just between us, I’m sure at least some signs of my displeasure and frustration spilled over to the team. I dislike formalized processes, rigidity, and anything that feels overly corporate or hierarchical.

Taken from Flat Will Kill You, Eventually: Why Every Company Needs Structure by Mark Nichols, Nov. 18, 2015

I sometimes sit in meetings that feel, to me, insanely frustrating and pointless, corporate and inauthentic, and think “This isn’t what I wanted… Why did I create this?… Me of 5 years ago would hate the me of today.” That self-centered attitude is awful, but sometimes, I can barely hold those thoughts back, and have to leave a room to avoid breaking down. It feels like there’s a bull in my head, filled with self-loathing, rushing into the all-too-vulnerable walls I’ve erected to keep it chained in. 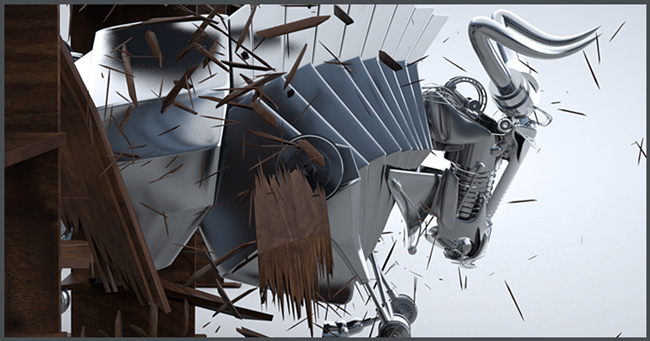 Via Chris Guyot on Dribbble

It takes concerted effort to remind myself that just because I’m unhappy about a process or don’t see the value in it doesn’t mean that’s true for others. And I cannot argue with the results. Moz’s teams work together better now, at nearly 200 employees, than at any time since we were a company of <50 people. Morale feels to me as though it’s stronger than ever. Cross-team initiaves and the pace of software releases are at an all-time high. Errors, downtime, and broken systems still plague us badly, but recovery times are way better than they’ve ever been, and processes for identifying and fixing these is dialed in.

Anyone who knows me knows I’m a harsh critic of Moz, as I am of myself. The things I hate most in myself are often reflected to me in Moz’s own stumbles over the years. I perceive those flaws as magnified, and conversely see our good qualities as never good enough. Yet, even I can admit that we are a better company today that at any time in my last 2 years of CEO-ship.

The greatest gift of this period, though, has been exposure to the experience of being an employee, and the empathy that brings with it. I’ve:

Having never worked anywhere else in my adult life (apart from a couple retail jobs in college), these new professional experiences have, I think, made me a better future CEO, and a better person all-around. It’s hard to have real empathy for something you haven’t personally gone through and until the last 22 months, I’d never worked directly for someone in a formal setting like Moz with a real risk of losing my job if I didn’t do what was required of me.

Let me be clear – Moz is a WAY, WAY less corporate, inauthentic, frustrating place to work than anywhere else I’ve ever heard about among tech companies our size. My friends from other mid-late stage startups laugh at my complaints, as well they should, and most Mozzers just tell me how lucky we all have it compared to what’s out there. As a consultant for the first 8 years of my career, I agree that there’s nothing like the bureaucracy, politics, or throwaway work I saw at larger companies inside Moz… I’m just extremely, overly sensitive to even a hint of going in that direction, and when I feel us tilting that way, I go a little crazy.

But in my saner moments, I know that my sensitivity is, in part, a reaction to the guilt and shame I feel from the past, along with a pride I take in wanting Moz to be somewhere different, somewhere amazing, and somewhere that reflects my peculiar values. My best self – the version that can be reflective and patient – knows that Sarah is building Moz to be what she wants, and that’s what good CEOs are supposed to do. My job is to support her, to see her vision through, and to get out of the way when I can’t be a positive force in that trajectory. I think anyone inside or outside the company can easily see how much better off we are today than we were two years ago – for that, I’m immensely proud of and thankful for Sarah’s great work.

Rand and Si at a tiny farmer’s market in Flemington, NJ, August 2015

The picture above is of me and my grandfather, Seymour (Si) Fishkin. In the first 4 years of the old SEOmoz blog, he was a major contributor to the company – helping me learn how to read patent applications, how to understand the math of Google’s PageRank algorithm, how to explain the principles of information retrieval systems, and how to be a good person. I remember one night, while I was staying over at my grandparents’ house in New Jersey, he read a blog post I’d written about a debate in the SEO world.

He was slow to give me feedback, but when he did, it was critical. My grandfather felt that instead of explaining my argument, I was writing as though I had some innate authority and that readers were to believe my position simply because I was the one expressing it. He explained that with a few tweaks and a bit more work to justify the reasons for my perspective, the post could go from haughty and overbearing to humble and helpful. I changed that post, and I’ve been trying to keep his advice in mind ever since – to show people my work and my reasons rather than just tell them to believe me. I think that approach has been a big part of Moz’s success over the years.

It’s also how I’m trying to think of this opportunity – a chance to be a more humble contributor to Moz, to learn from my mistakes and hopefully, earn back the trust and respect of the team around me and of the customers I disappointed. Someday, (hopefully many years from now after Moz’s stock has become shockingly valuable) I want to start another company. When I do, I think I’ll be able to apply the lessons learned and empathy gained from this experience to that one. So, while I’m deeply regretful of the past and resentful of my actions, I’m also thankful for this chance to learn and grow.

Ultimately, I’m not regretful about no longer being CEO; I’m upset and sad about why the transition happened, and about how poorly I prepared myself for the change. But today, I have a great job, a great CEO, and a chance to learn. Like I said, it’s complicated.