If you live in Seattle and work in or around the startup ecosystem, you’ll have heard the “why-can’t-we-be-more-like-the-valley” conversation plenty of times. The typical complaints are always the same:

Unfortunately, the flip side doesn’t get as much airtime, maybe because the underdog mentality is subsumed by the sarcastic, down-on-our-luck attitude. Don’t get me wrong, I’m a Seattle startup guy, so I’m plenty guilty of pouring this whine with my cheese, too. But, the more time I spend in both places, the more I’m seeing that Seattle has serious upside, too.

Want to create a startup that does more than a quick flip? Don’t join Tony. Don’t get trapped in the bubble. Raise money in the Valley, but build it in Seattle. Your runway, your health, your employees and your network will all thank you. And so will I. 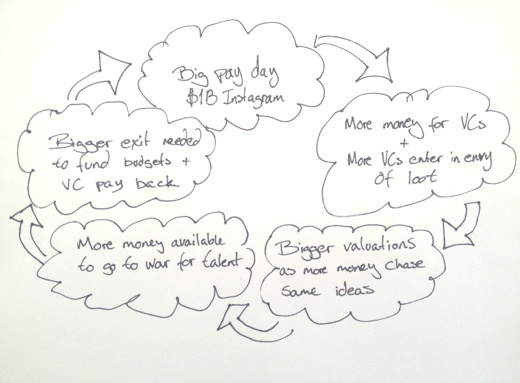 p.s. If you’re building something exciting in Seattle and I can be helpful, drop me a line. My schedule’s busy, but I meet every week with startup teams and founders and love to do so.