I love the Green Bay Packers. I love the history of the team. I love that the town of Green Bay’s (population 107,00) residents own the team rather than a billionaire in a big city. I love the stories of struggles and near-bankruptcies they faced in their history and how the sale of shares that would never be repaid nor pay dividends, saved the team from financial ruin time and again. 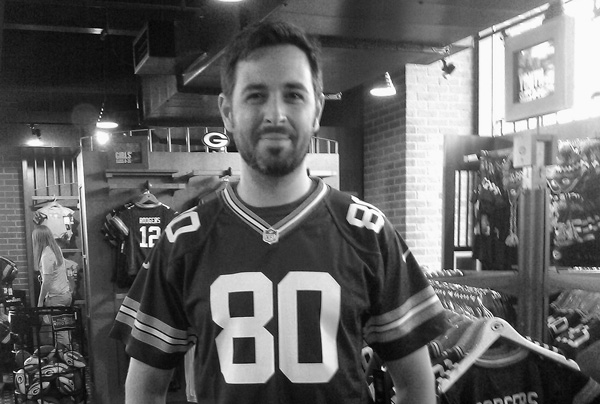 If I name a successful brand – McDonalds, Ford, Guinness, Starbucks, Google, Boeing, Coca-Cola, Apple – chances are good that all of their loyal fans, most of their occasional consumers, and even a good number of non-customers can recite a version of that brand’s narrative (how they began, what they stand for, maybe even a founder’s name or a specific anecdote). There’s an odd correlation with brand narratives and successful brands.

I’ll give another example.

I’m a big fan of Ted Baker men’s clothing. I like the brand’s design aesthetic and, especially when on sale, fits my budget. Every few months, I spend a few hundred dollars in their stores. And recently, on a trip to Boston, I got to talking with a salesperson who told me the brand’s history. Not only did they begin in Glasgow (a town I’ve visited and loved), but Ted’s mother apparently used to work the Covent Garden store in London every Sunday for 10+ years (until just recently). Whenever she did, she was their highest grossing salesperson.

Now, to go along with the positive impression I have of their clothes, I had a brand story and an anecdote. My purchases have gone up since, and I’ve even used their frustratingly poor website to order some goods off the web. There’s never been a Ted store in Seattle, so I have to buy on the road when and where I have time and they have shops.

I strongly suspect that a big part of why I’m willing to put in more effort to get clothing from Ted Baker has to do with their story, the anecdote, and the intangible connection I feel more than the clothes themselves.

For web marketers in particular, I’ve noticed a belief that great products + great visibility = great conversion rates and sales. I think there’s a missing element that many of us overlook far too often – the story. Simon Sinek has a tremendous talk about starting with why and adding the “why” into your marketing and branding mix. I’d humbly submit that the narrative is another critical piece.

If you don’t yet have your narrative out where it can be discovered and shared, I’d recommend doing that. If you have a mediocre version, I’d suggest refining it. If your salespeople and your marketing isn’t yet actively using that story, I’d suggest that, too. Stories have a weird power to create a consumer connection that’s stronger and more visceral than logic alone. And this doesn’t just apply to consumer brands, it matters for B2B, too.

“the brands that have success, even in the enterprise space, market themselves with emotion” [email protected]randfish #GrowthHacks

Emotion and storytelling have been part of how we communicate with each other and inspire action for thousands of years. Marketing on the web is challenging enough without fighting against human nature. I suspect there’s a lot of evidence to support the narrative-as-marketing theory, but I haven’t seen it. When I do, I’ll be sure to share. Until then, it’s at least worth an A/B test 🙂