Perhaps this was inevitable. In a system that encourages monopolies, and demands those monopolies increase growth rate and extract ever more revenue (sans caveats or exceptions), we probably shouldn’t be surprised. But, we should be prepared.

In the last five years, there has not been a single major website or dominant web property that has embraced, rewarded, or significantly grown their outlinking. We’ve reached an era of a less-connected web, a web focused on retaining users rather than sharing content. The blogosphere still holds on, clinging to its noble practices of sharing what’s share-worthy. And a few sites like Hacker News, Techmeme, Memeorandum, and SparkToro Trending, still prioritize and benefit from aggregation and sharing. But with the rise of voice answers and branded devices (Google Home, Alexa, etc), the future of referral traffic looks grim.

Below is a visual I created based on Jumpshot’s February 2018 data. It shows percentages for each referrer, but does not show the overall numbers of referrals sent (or, better yet, number of referrals per visit/visitor). However, we have plenty of data (including Google’s drop in outgoing traffic starting in Fall 2017) to suggest this direction. 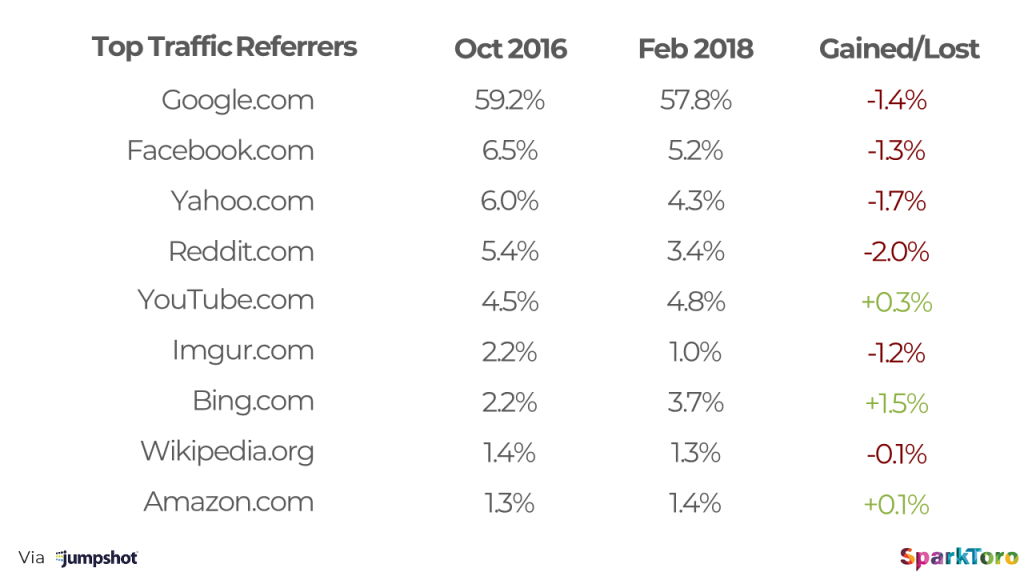 The question for marketers and businesses of all kinds is: How should we respond?

In my opinion, there’s a few ways to play this:

None of these are silver bullets, and I can see embracing any of these four being a reasonable choice depending on your business, field, and customer habits. A local yoga studio might choose to embrace Google Maps and simply build entirely on their platform (it’s risky, but plausible). A chemical engineering consultancy might entirely reject the big platforms and do all their marketing exclusively on their own website (with a budget for paid promotion in a few other channels). A publisher could continue to leverage the platforms’ declining reach while trying to bolster subscriptions or other loyalty-inducing offers and features.

None of these are entirely wrong. The only truly poor choice, in my experience, is failing to recognize this shift and choosing not to make an intentional, strategic decision.

p.s. Below is a more complete chart of the traffic referrer data I received from Jumpshot for February 2018. In the months ahead, this will be updated again and I’ll be able to show more of a trend. 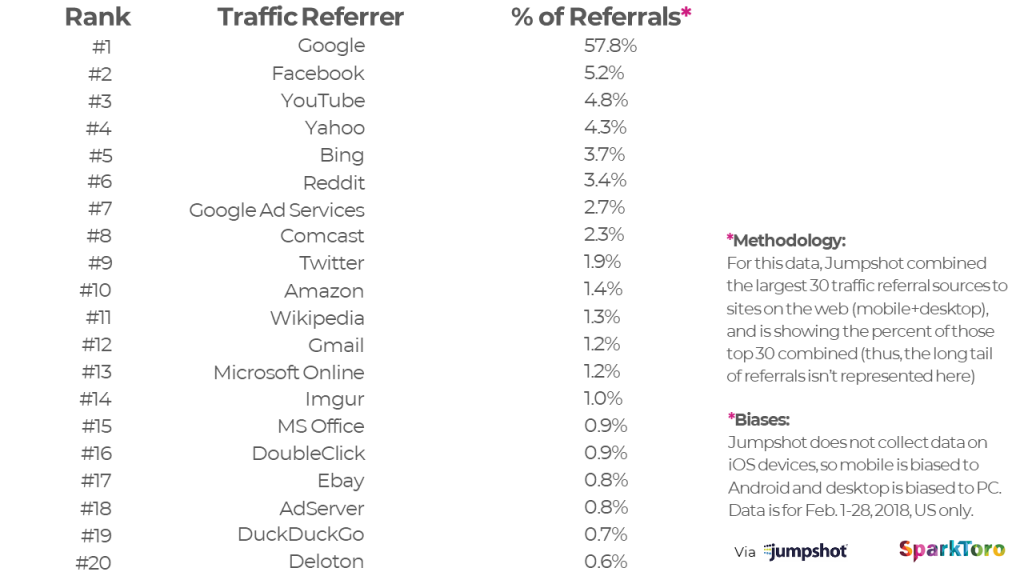